The idea for this recipe was inspired by a friend who is obsessed with stuffed peppers. Although she’s not really into cooking, she started making stuffed peppers and bringing the leftovers in to work for lunch, and she quickly became a huge fan of them (and so did I…they looked sooo good). Almost every week she made these stuffed peppers. I shared an office with her, and our office smelled delicious!

Last year she received a crockpot as a bridal shower gift, and she has no idea what to do with it. She’s itching to try a slow cooker recipe, but she hasn’t worked up the nerve yet. That’s my inspiration for this recipe. I am hopeful that she will try this out and see if she likes it just as much as her traditional stuffed peppers. If so, she’s got lunches for days!

You try it too! Let me know what you think. 🙂

1.Place the olive oil in a large frying pan or skillet over medium heat. Add the ground beef and break it up with a wooden spoon as it starts to cook. Continue to cook, stirring occasionally, until most of the meat has browned (it’s ok if there is still a little pink). Drain the meat and transfer to a slow cooker. 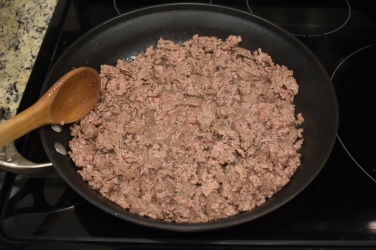 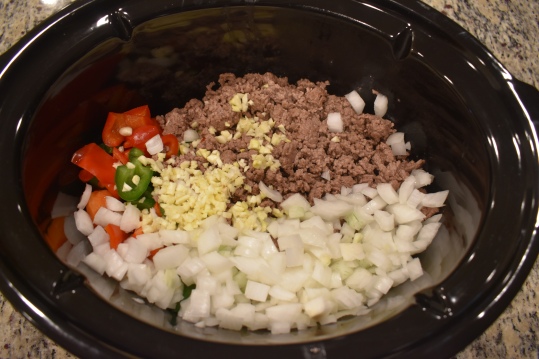 3. Add the rice to the slow cooker and stir. Cover and cook on low for another 30 minutes. 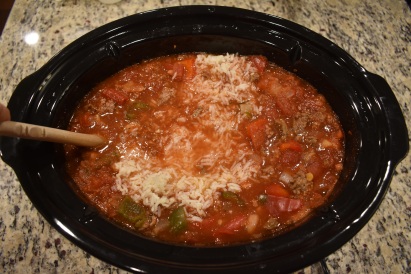 4. Dish it up and sprinkle with some cheese…as much or as little as you want!

1 thought on “Unstuffed Pepper Soup in the Slow Cooker”