The idea for this recipe actually originated from a mistake! I once decided to make a blueberry cheesecake for a food and wine pairing party I was having. The blueberry cheesecake was going to be the final course paired with a late-harvest Riesling. I made the cheesecake two days before the party,  this way I could cut a tiny piece and try it the day before the party just to be sure it was good. Well, it wasn’t up to par. The flavor was there, but I wasn’t happy with the consistency of the cheesecake. My husband thought it was good, but I knew what I was going for, and that wasn’t it. I tend to be a perfectionist.

There wasn’t time to make another one, so I did something slightly crazy…

I dumped the entire cheesecake into a big bowl, took my electric mixer, and blended it up (my husband watched this all happen with a mixture of horror and disbelief on his face). I tasted it, and it was actually good! It needed to be a lighter consistency, so I whipped some heavy cream and blended it into the cheesecake mixture, and it was pretty fantastic. I called it Blueberry Cheesecake Mousse, and it was one of the favorites at the party.

So I decided to recreate this recipe so it didn’t involve making an entire cheesecake and then dumping it into a bowl and whipping it. It took some trial and error to recreate the original “mistake”, but I finally got it perfect. 🙂

This one will be a crowd pleaser!

1. Place blueberries, one cup of sugar, cornstarch, and lemon juice in a saucepan. Cook over medium heat 7-9 minutes, stirring occasionally, until the blueberries start to break down and the liquid starts to bubble. Reduce heat to low and cook, stirring occasionally, until the sauce has thickened, about 5 minutes.  Remove from heat and allow to sit for 30 minutes, then pour the mixture into a bowl and place in the refrigerator for several hours to cool completely. I tend to be impatient, so to quicken up the cooling process, I often place the bowl in the freezer instead of the fridge to cool. This takes about 45 minutes. Your call.

2. Preheat oven to 350 degrees. Combine the graham cracker crumbs, melted butter, and 2 tablespoons of sugar in an 8 x 8 baking pan (or a similar sized baking pan). Pat down the mixture so it is compact in the pan, then place in the oven and bake for 10-12 minutes, or until the crust has just started to brown slightly. Remove from the oven and allow to cool.

3. Place water in a small, microwave-safe bowl and sprinkle the gelatin over the water. Allow to sit for one minute, then stir the mixture and microwave for 10 seconds. Stir again until the gelatin has completely dissolved and there are no chunks. Set aside to cool.

4. In a large bowl, beat the cream cheese on medium speed for about one minute. Add the cooled blueberry compote and beat on low speed for one minute. Scrape the sides of the bowl, then increase the speed to medium and beat for another minute, or until the mixture is smooth.

5. In another bowl, beat the heavy cream on high speed until it is thick and peaks start to form (about one minute).  Add the gelatin mixture and continue to beat for another 20 seconds. It should look like a smooth whipped cream.

6. Add the whipped cream mixture to the cream cheese mixture and beat on low speed for about 20 seconds, or until everything is completely combined. Crumble the graham cracker crust with your hands and add about ¾ of it to the mousse. Beat for another 10 seconds to combine all ingredients. Cover the bowl and refrigerate for at least an hour. Reserve the remaining graham cracker crust crumbs for serving.

7. Spoon or pipe the mousse into small bowls (or martini glasses if you want to be fancy). Sprinkle the reserved graham cracker crumbs on top. 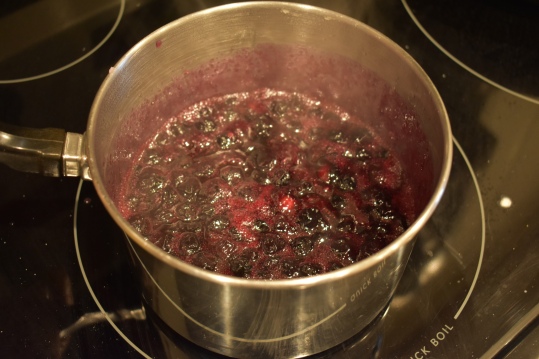 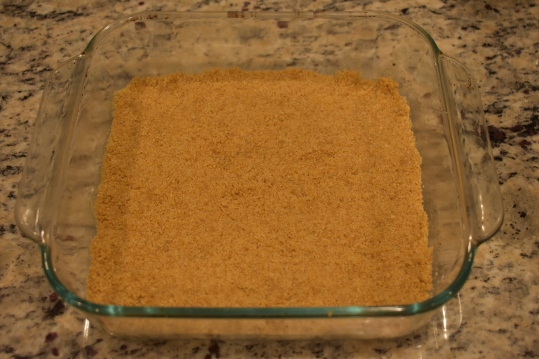 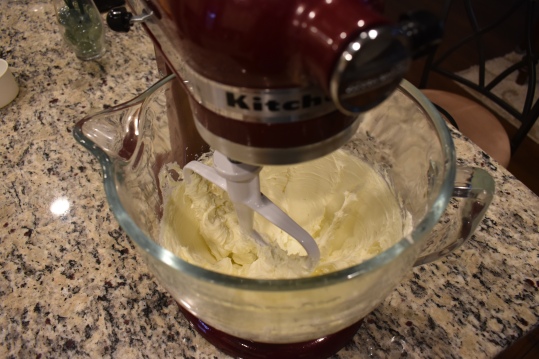 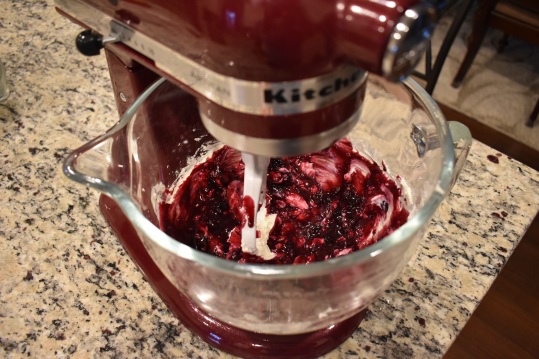 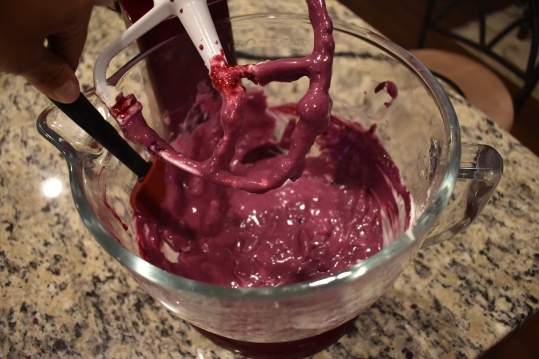 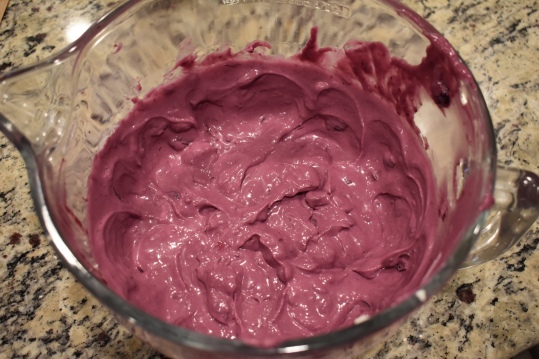 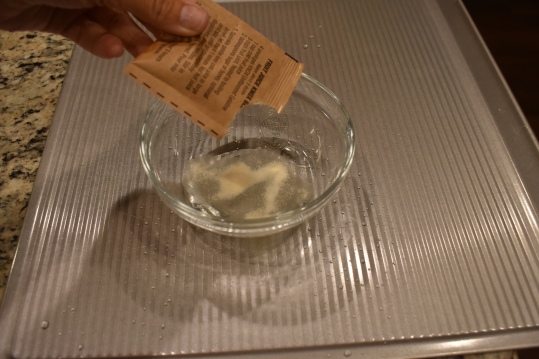 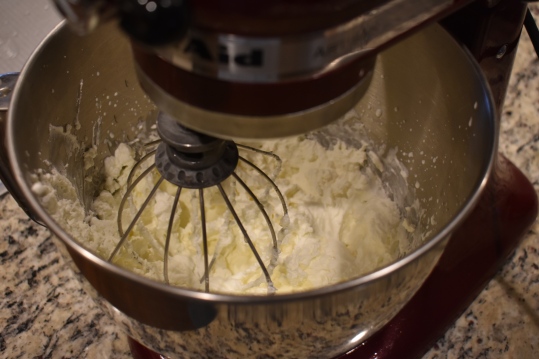 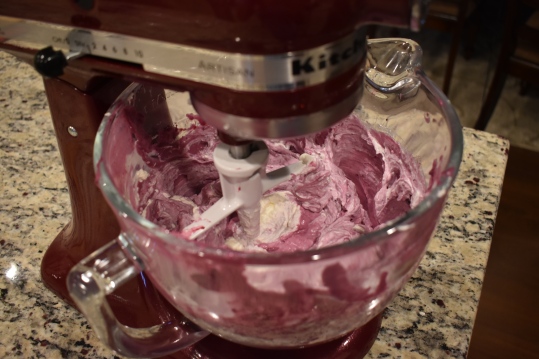 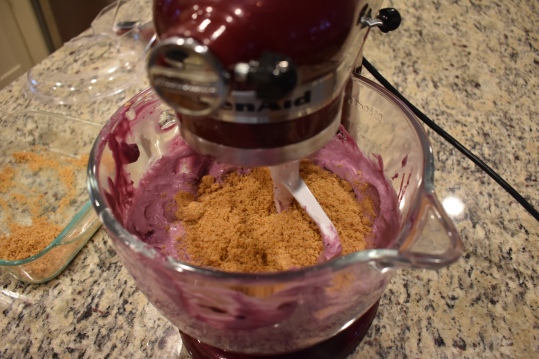 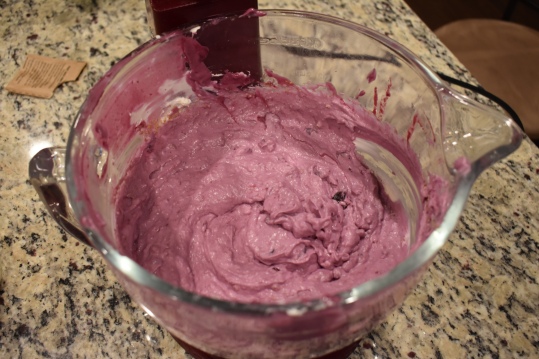 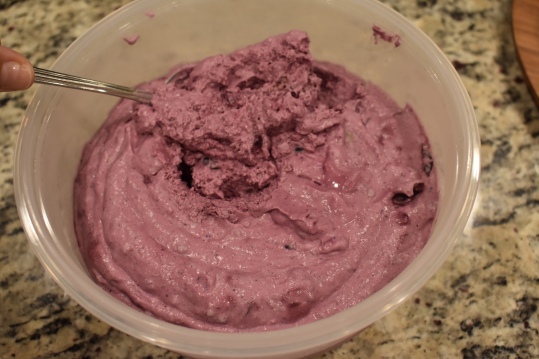 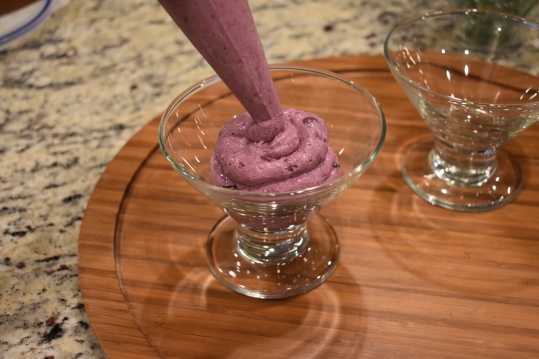 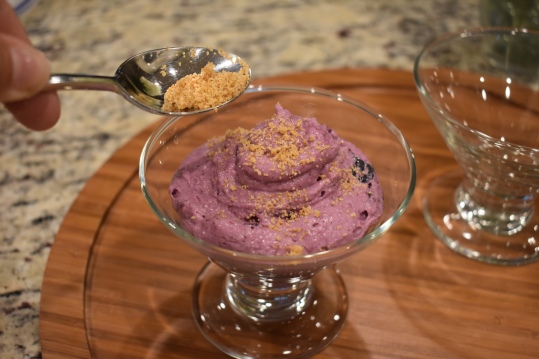 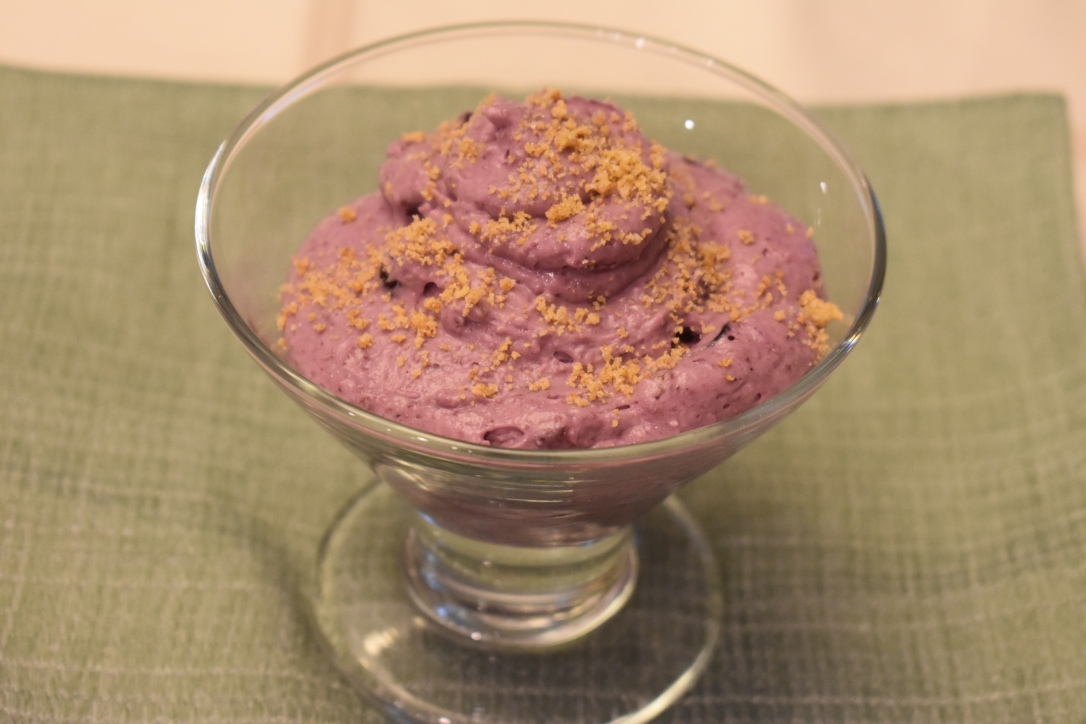