I have been slightly obsessed lately with baking using Halloween candy. I don’t have candy around the house often, but when I do, I go all out. I bought about five different kinds of candy (all chocolate of course), and several bags of each.

I keep looking at all of the candy and getting ideas for things I could make with it. I’ve used it in cookies, I’ve used it in ice cream, now I am using it in brownies! These brownies have the candy pressed into the top of it after it is baked. I tried baking the brownies with the chopped up candy mixed into the batter, and it was good, but the texture of the brownie changed. It tasted a lot chewier and slightly crisp- not exactly what I was going for. So I went with the candy strictly on top of the brownies with a nice moist brownie underneath. Sinful…and worth it!

I used a brownie mix because I’m going for easy with this recipe- a nice quick way to make a fantastic treat for all the candy lovers out there. I included my favorite box mix in this recipe, but feel free to swap it out for whatever you like. The box mix I use has dark chocolate chips already in the mix. I like to add milk chocolate chips as well to make it even more decadent!

2. In a large bowl combine the brownie mix, egg, oil, water, and vanilla extract. Mix together until fully combined. Stir in ½ cup of the milk chocolate chips.

. Spread the brownie batter into the prepared pan and bake for 30-35 minutes, or until a toothpick inserted into the brownies comes out clean. Allow brownies to cool completely. 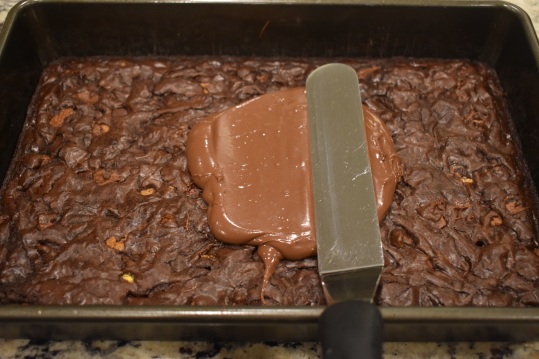 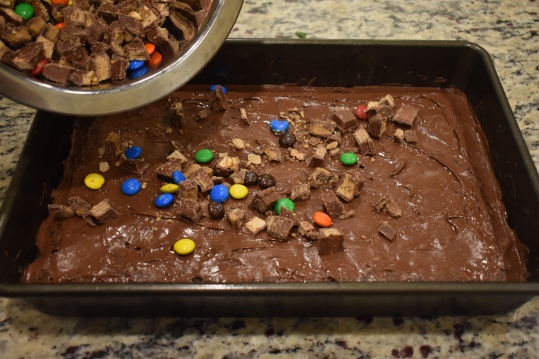 5. Refrigerate the bars for about 20 minutes to allow chocolate to firm up. Cut into squares. 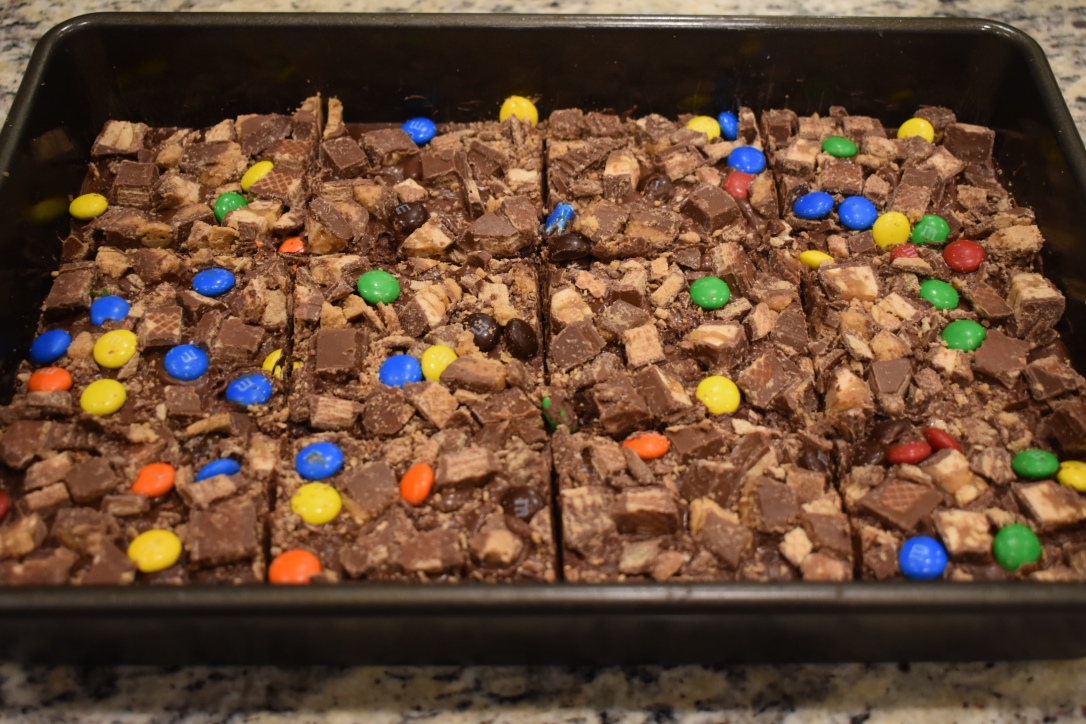 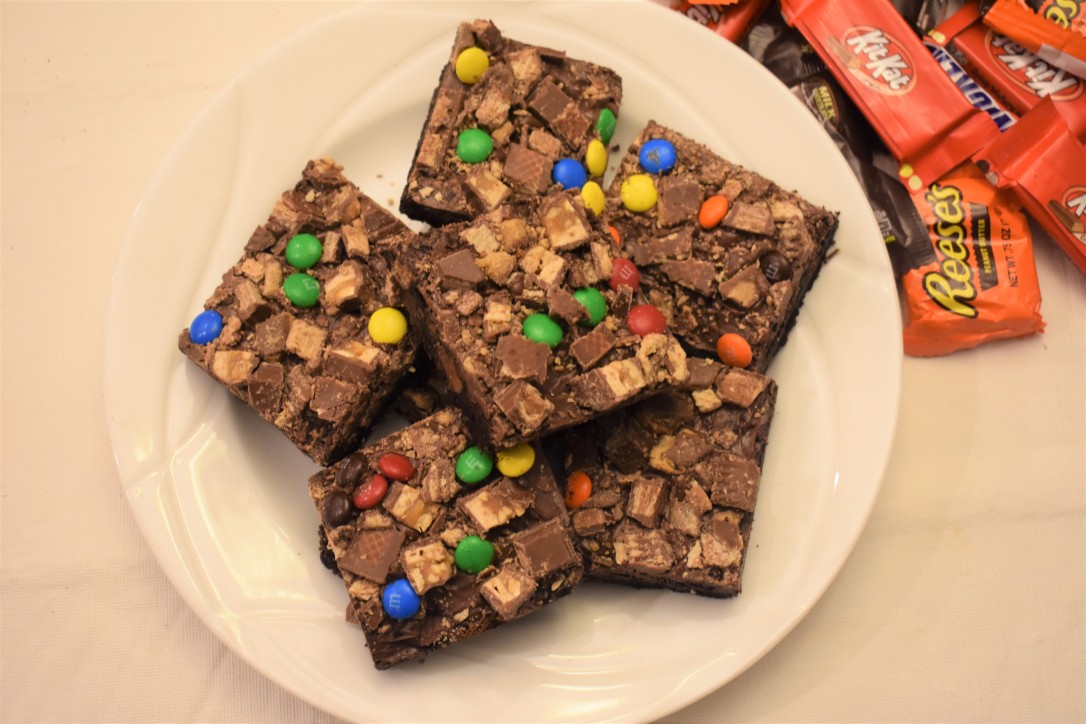