I love a nice hearty chowder, but they aren’t always the healthiest. This chowder gets it’s creaminess right from the corn along with a little bit of milk. It’s a great way to use up all of that delicious corn that is so abundant in the summer and fall.  Make a big batch and lunch is set for the week!

I have included jalapeno in this recipe because I love the spice, but feel free to omit this ingredient, or just use half of a jalapeno. You can also play around with toppings. I like to add scallions and bacon bits because it doesn’t add too many calories (I use the pre-cooked bacon bits from a container). If you wanted, you could add fresh bacon to the vegetables as they cook to add some smoky flavor, but I tried to keep the calories down in this one. But make it your own. If you want bacon, throw it in!

Step 3: In another large pot, melt the butter and oil over medium heat. Add the onion, celery, garlic, and jalapeno and sauté for about two minutes or until vegetables just start to soften. Stir in the flour and continue to cook and stir for another minute.

Step 4: Gradually stir in the chicken broth until fully combined with the veggies.  Add the potatoes, stir in the pureed corn mixture, and bring it to a boil. Reduce the heat to low and stir in the milk, corn kernels, thyme, paprika, sugar, 2 ½ teaspoons of salt, and half a teaspoon of pepper. Cover and cook on low heat for approximately 30 minutes, or until the potatoes are tender.

Step 5: Let the chowder cool a bit, then dish it up. Feel free to add toppings to it, or enjoy it just as it is! 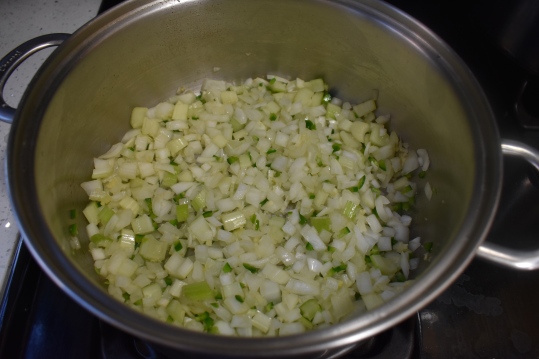 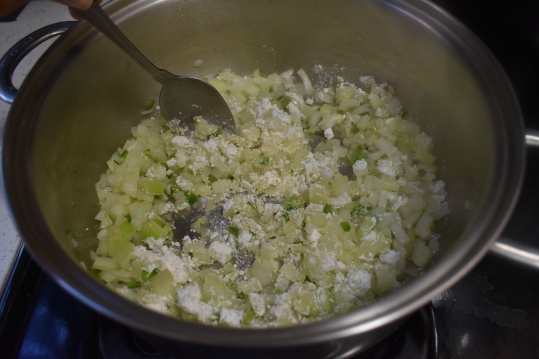 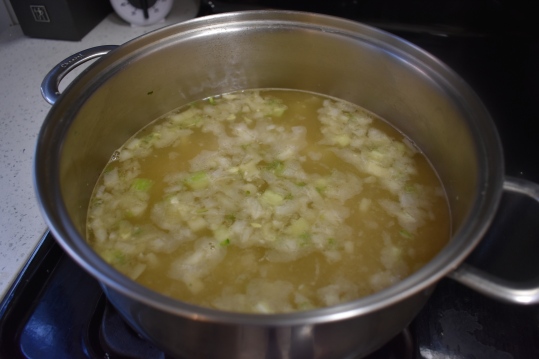 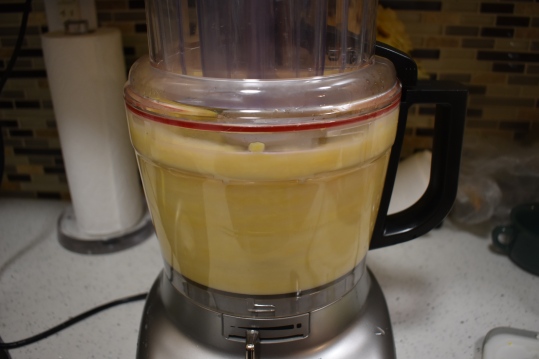 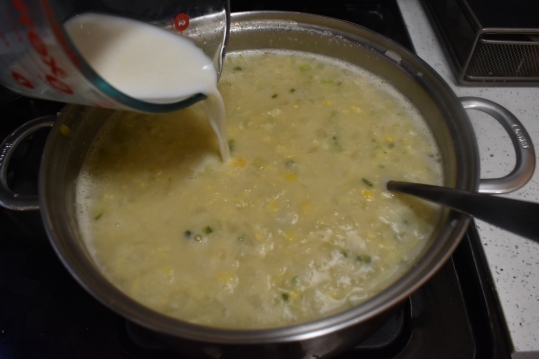 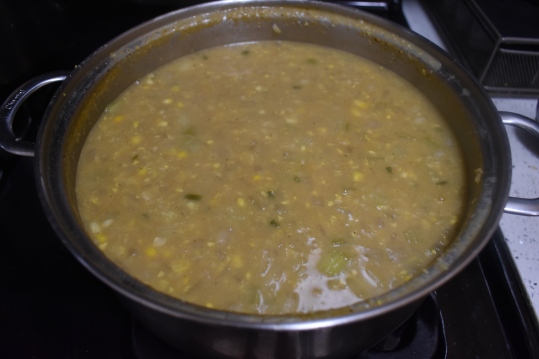